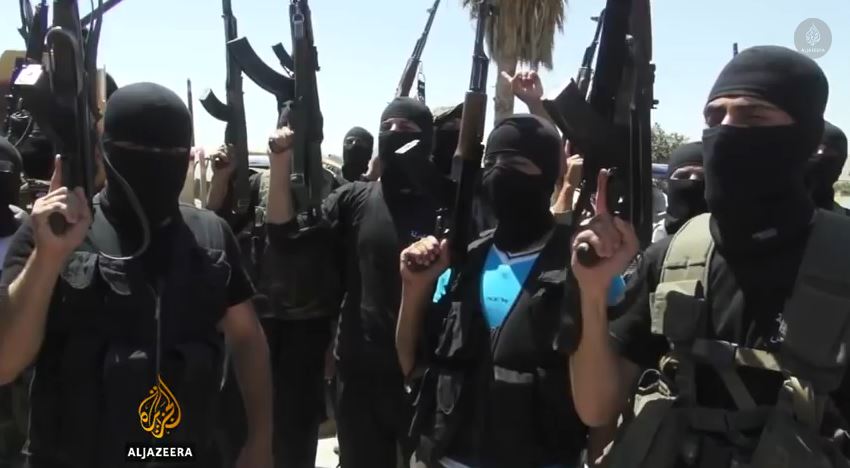 The Middle East as a whole, though, and the situations in Iraq and Syria in particular, do not allow for such illusive way out of one´s personal identity crisis. Soon, this army of the hopeless will turn into an army of the disillusioned and erode.

Too many enemies
Nobody will deal with an Islamic State, everybody will prosecute them. It´s leaders can´t go anywhere because they will be taken out by targeted killings. The small foot soldier cannot return home since authorities are waiting at the borders to drag him into court and behind bars on charges of terrorism for a long time.

An unlikely alliance of international and regional powers is already feeling out and discussing who does what, and how the shares will be redistributed once the Islamic State is gone. The questions this alliance is facing are: Should the Islamic State just be contained until it implodes or better being swept away? But at what cost, especially in regard of the loss of civilian life?

Once the euphoria settles and Islamic State leaders can´t deliver their promise of a Caliphate they have given to their followers, the organisation will begin to burst inward.

Doomed from the beginning
The Islamic State was doomed the day is was announced. After some initial success against incapable parts of the Iraqi army, now it is stuck and can´t march anymore. US jets and drones are just waiting to pick its fighter up.

The momentum, the strongest weapon of the Islamic State, has gotten lost. Now, it will be surrounded on the ground and won´t be able anymore to expand its territory.

Guerilla tactics work well in densely populated areas but not in the open field, where a capable and mechanized infantry is required to hold terrain and secure supply lines. The Islamic State does not have such capacities in a sufficient amount and won´t be able to acquire them anymore.

From the beginning, it was clear that the military threat of the Islamic State (ISIS or ISIL then) could be contained. Nobody wants them, nobody likes them, and tribesmen will cut their support the day they get a better offer that gives them back the power they lost.

The Islamic State virus is the biggest threat
The real challenge lies in rooting out the virus the Islamic State is spreading all over the world and which infects many especially young men with often Arab or Muslim roots, who got lost on the path to building normal lives in their respective societies.

As of now, it looks like the challenge to vaccinate would-be jihadists against the Islamic State virus will take a long time. The best vaccination seems to be stories of disillusioned Islamic State fighters, who just want to go home after finding out that they have been betrayed by their former leaders. But this is going to be a very long-term project.

Meanwhile, in the years to come, every now and then, terror attacks will rattle several societies, especially in the West, certainly in Europe. People in the Middle East are used to live with such interruption of their daily lives. Europeans should at least prepare for the aftermath.

Due to lack of time and manpower, we do not always have the capacities to explain our short estimation that we post on Twitter. Readers interested in them may like to follow us. Here is just some of what we said when many media and experts alike were following their usual fear mongering business and saw a new kind of Golden Horde coming. The list is not complete:

June 10, 2014: Once ISIS gathered in one spot, an today seemingly unlikely alliance will clamp down on&chase them away.

June 10, 2014: Obama will likely arm Syria´s Assad with intel on ISIS.Weapons for rebels not meant against Assad, but against Islamists.

June 12, 2014: They’ll do together (Iran and USA defeat ISIS) & celebrate as new chapter of cooperation.Frenzy about ISIS in media not rational anymore.They’ll get swept.