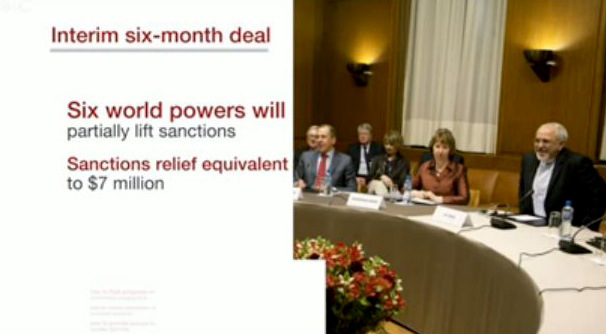 Especially Israel and Saudi Arabia are getting squeezed since – naturally – there is not enough space at the Middle East table, where power is being negotiated and distributed.

A big fight – a war – can´t resolve the problem for now, because the elephant could get seriously injured, but won´t get killed in a conventional attack and thus can´t be removed from the table. Wounded elephants are especially dangerous. They attack and fight back.

Israel is the most capable fighter at the table, but it sits on a small stool. If the elephant gets too angry and begins to move it could hurt Israel seriously. The young ones of the elephant – Hezbollah – will also go on the offence then. Saudi Arabia is largely toothless without US support in a head-to-head confrontation with Iran.

The US is the only western power, Iran, Russia and the Arabs are taking serious and willing to negotiate with. But it is far. It does not own the house, in which the table stands, it can´t occupy the room and already set one foot out of the door.

The US has to delegate power. But its partners in the region are getting fewer and weaker. Right now it seems, the US has limited other options than trying to make a deal with Iran and Russia, and give them – unwillingly – more space at the table and influence in the region.

That´s neither good news for the West nor its allies in the Middle East and the region as a whole. Because elephants grow old if not hunted and shot before.

And so, the elephant will eat more, grow bigger and slowly squeeze its adversaries into a corner over the years – until they finally leave the room or jump at the elephant with all they have got in a final attempt to kill it.

And then the whole house will explode and burn for a long, long time.